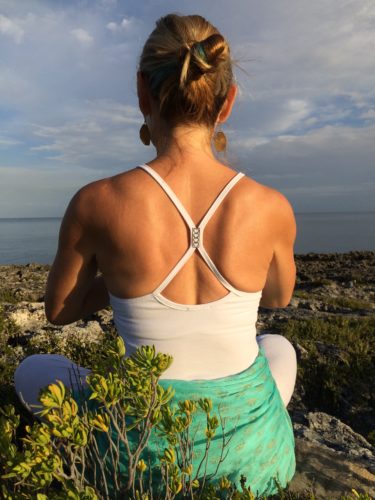 A significant part of my story that I have not really talked much about in an open forum is that along with other injuries as a result of a car crash in 1983, I sustained a TBI. Back in those days, we were not aware of neuroplasticity/rewiring of the brain. I was told that the damage was permanent, that once brain cells were dead, there was basically no regeneration process. This was very devastating news to me and my family. By the time I was given a full neuro-psychological assessment, and my “deficits” were identified, I was full-blown in my opioid, benzodiazepine, barbiturate addiction (to be clear, I was already dealing with what I will call here a significant substance use disorder which is what led me to be a passenger in a car of a drunk driver, on that Oct/83 night.) I am not sure how clear a picture of ones abilities or deficits can be gleaned from such testing under these conditions, but suffice it to say, a detailed report was prepared. On a side note, please know that I truly am grateful for the way the story unfolded, as it has gotten me where I am today.

I feel compelled to tell the story at this time, so that I may shed some light for people in a similar situation. So, from that moment forward, I was systematically brainwashed into thinking that I would never get any better, that there was no hope for me. When I protested, that deep inside I felt I could get better, the response was basically that I was in denial about my condition, and that I needed to practice acceptance. So that I did, at all the “experts” urgings. I finally accepted that I would just continue to float into the abyss, lost at sea, until the day finally came when I would be put out of my misery and leave this world.

Fast forward about 10 years, and things were going downhill fast. As I sit here looking back, I can honestly say that if I would have continued to do what I was doing, the physical body would not have lasted another 6 months. I was already long since spiritually bankrupt, and it was a sheer miracle that I hadn’t died of an overdose given the dangerous cocktail/mixture of drugs I was consuming on the daily.

Until one fateful day when a fellow addict who had prior knowledge of the 12 steps said to me “You don’t have to live like this”. Really? I had no idea. I was conditioned to believe this was the only way for me. Those words were a welcome life line being thrown to me. Could it be true? There was that part of me deep inside that had thought that all along, but as the years went by, and my life

became even more unmanageable, that now seemed even more impossible. That day my life changed. With the help of other folks who had gone down similar dark paths, I began to see a light. They were the real “experts”. With more Grace than I can convey here, I got clean and stayed clean on Feb. 18, 1994.

Once the drugs were basically detoxed from my system, I was able to see where I stood functionally, realistically, body, mind & spirit. And so the long journey began, not only to recovery, but beyond whatever I had been before, so much more. I have not looked back. It took me about 4 years of rebuilding myself to get to a place where I felt capable to go back to school. I basically learned to be responsible and accountable through service work in NA. I cannot emphasize enough, how much I believe service work saved my life and how important I believe it is to anyone recovering from anything. I especially feel it was helpful to me in overcoming depression and anxiety. I don’t think it needed to take that long, but I was basically on my own, with little guidance, except for the lovely souls I met in NA, who also didn’t know about neuroplasticity, or regaining health in the physical body for that matter. I plodded along.

I became a Registered Holistic Nutritionist. I had been interested in food for a long time. I had lived with an eating disorder for many years in conjunction with my active addiction, and basically thought that food could either kill one or help to heal one. Soon after, I was introduced to Classical Yoga while taking my Yoga Teachers Training Course at the Sivananda Yoga Ashram Yoga Retreat in the Bahamas. This is where the real “rewiring” started to take place. The postures, breathing exercises, chanting, meditation, were all working on new synapses being created in the brain. Where I had lived my life largely in fear & anxiety (even before /83), my energy body was becoming resilient. This was a remedy! I was introduced to Ayurveda and was given a simple explanation for symptoms I had experienced even as a small child. I had a vata imbalance, great, now what? Well, I was given tools to help come back to balance, to ameliorate symptoms. I was not treated as a condition, but as a whole person. I was introduced to Yoga Nidra. This practice is absolutely amazing for so many things including trauma. (Oh, I forgot to mention, I was diagnosed with PTSD secondary to head injury back in the early 80’s. No one knew what that was back then, nor was I given any recommendations for relief. So to sum it up, my intention for writing this blog is to bring this info to you. There is hope! Find a teacher(s) and get started.

For me, new pathways have formed. I don’t know what or who I would have been had I not sustained a TBI, but at this point, I am so grateful for all that has happened. I still notice that I may not pick things up as easily, perhaps like a slow internet connection. I am very aware of “the wheels turning” sometimes. But I function at a level that I never dreamed possible. My life is so rich and full of Love, beyond my wildest dreams. I feel so extremely grateful for my work, which never would have happened had I not been a hopeless drug addict with a TBI.

Check out www.yogaofrecovery.com. My dear friend Durga Leela is offering her program in the form of workshops & retreats bringing 12 steps, Yoga & Ayurveda together forming a complete system. Her offerings are also open to folks who are impacted from others addictions.

Please join me for my next blog about Transformational Breath®. This is the modality that took my Life to the next level over 10 years ago!

Giri Bek
Giri is a Registered Holistic Nutritionist, and an E-RYT 500, having completed her trainings in the Sivananda tradition. She is certified in Yoga of Recovery. One of her main passions is working with people in recovery from addictions and disordered eating. Giri is certified in Yoga Nidra, and Chakradance. Giri is a Certified Transformational Breath® Trainer. Read more
Scroll to top